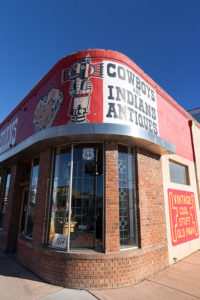 Nob Hill’s relationship with art is deeply rooted in the district’s history, from film shown at the historic Lobo and Guild theaters, performance spaces presenting dancing and acting, galleries showing a wide spectrum of  art pieces from sculptures to paintings, and even down to the very design of the buildings themselves.

Public art, like murals, sculptures, and installations, is no exception as it is an important factor of what makes Nob Hill such a vibrant, inclusive, and unique community in Albuquerque. It catches people’s attention, encourages imaginations to wonder, and allows for an appreciation of this unique microcosm of New Mexican culture and rich Route 66 history.

With their ability to evoke creative ideas,  and story tell,  while at the same time beautifying facades, murals are a fantastic way to add life, interest, and engage visitors.  Murals bring significance to otherwise unnoticed places within the neighborhood like this new mural at Kei and Molly Textiles on Washington and Silver:

Other recent additions to the walls of Nob Hill include a beautifully detailed, monochrome piece utilizing themes from southwestern art created by local artist and educator Larry Bob Phillips. Another came from local artist Aaron Stromberg who used the history of Nob Hill to craft a bright, colorful mural celebrating the 100 year anniversary of the district complete with a centerpiece of the original developer of Nob Hill, D.B.K. Sellers.

Nob Hill Main Street was able to assist in the creation of these two murals, and adding more public art to the district is a yearly endeavor of the organization.  That’s why Nob Hill Main Street partnered with Albuquerque’s Mural Fest, to facilitate more canvases for local and national artists.

What is Mural Fest? 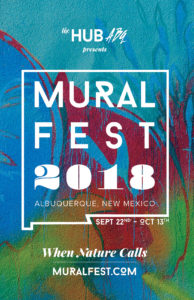 Nob Hill will be receiving murals related to this theme from artists like Larry Bob Phillips, alumni of the University of New Mexico’s graduate art program as well as creator of the “Alburquerque” Mural can be seen on the east wall of Artisan Art Supply at the northwest corner of Monte Vista blvd. and Richmond Dr.

We’ll also see Bearface, an experienced spray paint artist who participated in Mural Fest last year, as well as local artist/teacher and recent TEDxABQ presenter Melinda Forward from The Kindness Club. David Kappy will also be here, another Mural Fest veteran who created a mural in downtown. Another experienced Nob Hill muralist, Ernest Doty, will be creating a new mural on top of his previous piece that’s been seen in the district for years, and Christian Michael Gallegos will be taking his colorful talent from Downtown to Nob Hill. 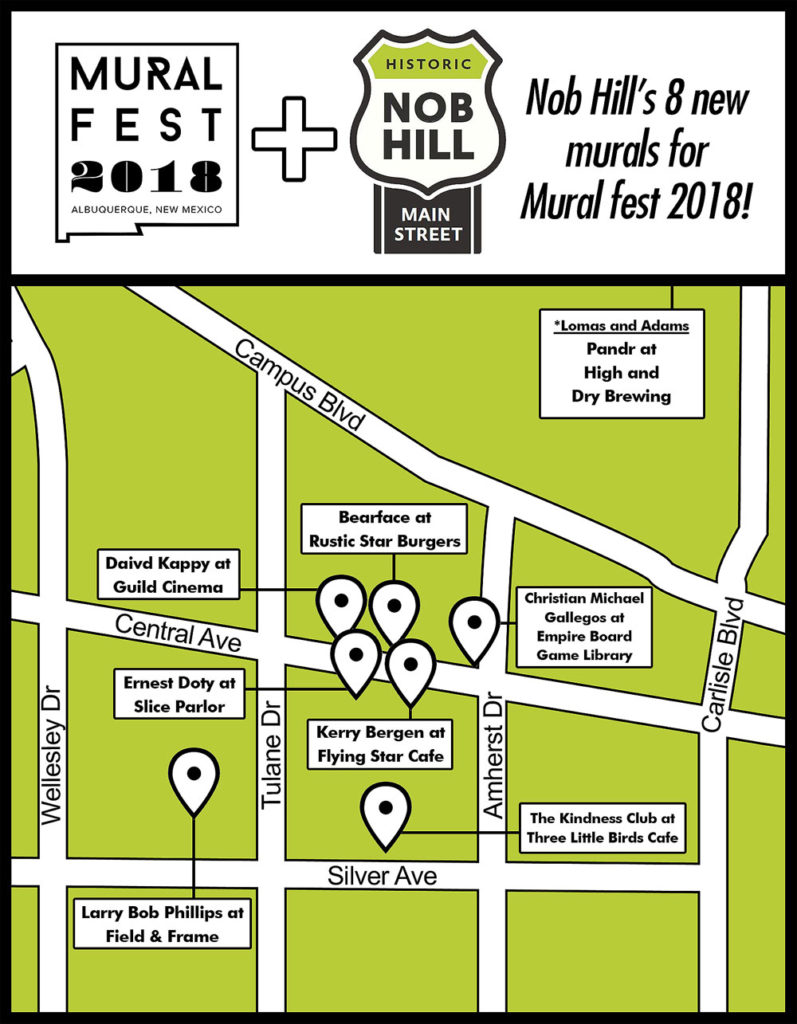 *Lookout for an updated version of this map including images of the new murals in our second Mural Fest blog!

Not only will there be new murals created all around Albuquerque, but there will be plenty of celebrations going on to commemorate all these new art pieces! There are several events happening in Nob Hill alone, including a block party hosted by Nob Hill Main Street and Three Little Birds Café, live music at Tractor Brewery and Slice Parlor on Sunday, October 7th, and a commemoration at Rustic Star Burgers on Monday, October 8th.

Make sure to come down to Nob Hill to see the murals in process or the finished pieces in October, and take in the new, exciting art that Nob Hill has always been known for. FYI, it all happens in conjunction with Albuquerque International Balloon Fiesta!

In May we hosted the 2nd annual Taste of Nob Hill where Nob Hill restaurants and breweries like Slice Parlor, Flying Star Cafe, Bosque Brewing Co. and Tractor Brewing Company offered some delicious options for visitors. 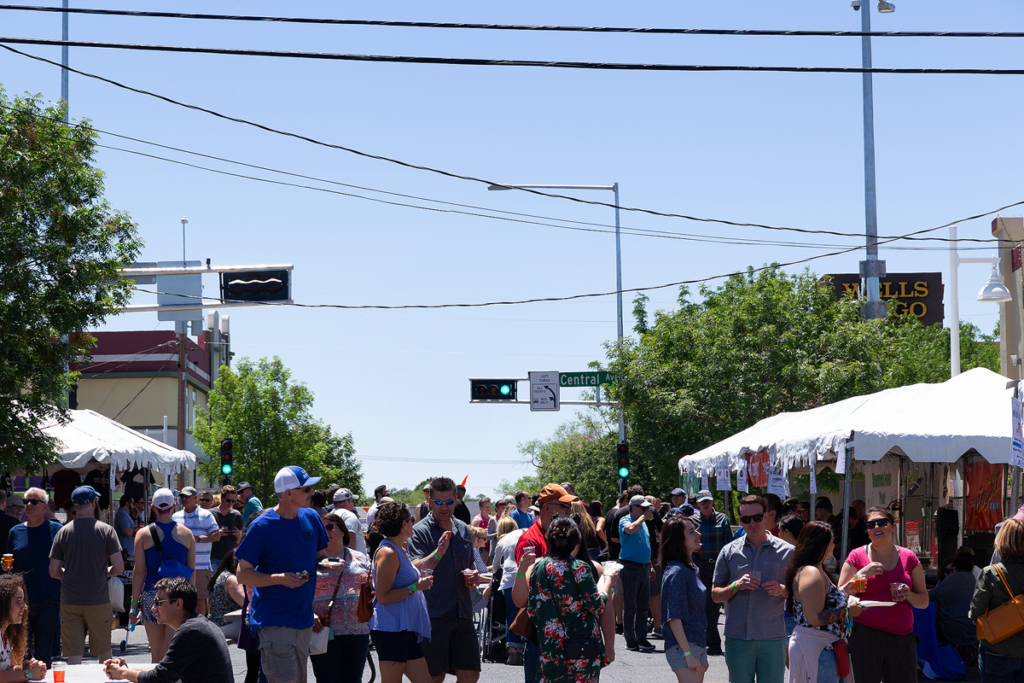 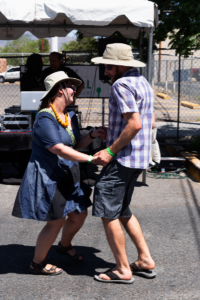 We closed off Richmond between Monte Vista Blvd. and Central Ave. and the neighborhood came out and enjoyed the local food and drink. People danced, laughed, and got to have some weekend fun with family and friends!

We had an awesome time and we’re glad everyone was able to come out and have fun. We’ll see you next year!

Thanks again to our sponsors Shamrock Foods Company and HB Construction for all the help!

One of the projects we work on throughout the year to accomplish this are the production of Business Spotlights, short video pieces that center on individual businesses in the area, sharing information on their story, history, and relationship with the neighborhood.

We created several spotlights for the first half of 2018, and we wanted to create a special spotlight, one that celebrated the diversity of businesses represented in the most recent spotlights we’ve made.

When you’re looking for things to do in Albuquerque, only in Nob Hill can you grab a slice of pizza, play a board game with friends, shop for a beautiful vintage outfit, and watch a full-length film at a local art cinema, as well as so many other unique options that are available in the neighborhood. Our spotlights serve as a way to find out about all these awesome opportunities just waiting for you to experience them!

To see more of these videos, you can view all the spotlights on our Business Spotlights page. Or if you’re a Nob Hill business owner and interested in getting your own spotlight, contact our Media Coordinator at nobhillabqmainstreet@gmail.com

Also, check out all these awesome businesses in Nob Hill and stay tuned for more business spotlights coming in the future!